Nitro Member
A racer named Steve Huff ran over 200 in an electric dragster at Tucson Dragway. I saw it on FB, sorry I don't have a link, but it's on the FB page Passion For Drag Racing. Bummed he beat Big to the record, but hats off to him.

Staff member
Nitro Member
I wonder if Steve Huff is related to the late Bob Huff who used to own the original Tucson Dragway.

Nitro Member
Congrats to them!


The one thing I noticed about Big's effort was it seemed like his heart was just not into it. I guess that's the good part of being retired, you do what you want, when you want. Back in the day Big's project either would have been fixed or killed immediately, not allowed to just kind of languish for 6 years.

I get the sensory experience of mechanical engines, but I think the electric cars are pretty cool too.

Nitro Member
Congratulations on the record!
Last edited: May 14, 2020
D

Nitro Member
As an engineer, I offer my sincere congratulations on the technical achievement and milestone. BUT if that is the hope for the future, this sport is dead my friends. Couldn't be more boring or unexciting to watch. Sorry, just my opinion.

Nitro Member
Nice engineering accomplishment but watching it gave me zero excitment. Could not imagine watching cars like this run for an hour, nevermind all day. No thanks
J

he did say it was only the second pass on to car and mumbled something about clutches and running deep into the 6s zone. Seems like once they launch harder that seem realistic

Nitro Member
He did it again tonight. 200.20 The car is cool! The engineering is Amazing! And the accomplishment is Monumental. There's only one 1st and Steve did it.

And for those ready to give up Drag Racing because an electric car went 200. Are you kidding? Did you quit when Pro Stock went 200? Did you quit when Pro Stock Motorcycle went 200? A team racing something completely different from a Nitro Car achieved a MAJOR milestone. And it will have the same effect on Nitro racing that PS and PSM did reaching 200, which is absolutely nothing.

Larry McBride went 200 on an electric motorcycle, so are you going to quit watching Top Fuel Harley because of that?

I appreciate the effort, money, and time it took to get to this point. These guys have invested much of each and made history. I applaud that.

Nitro Member
When people say they'll stop watching drag racing because of something like this, it's like saying you've given up on your favorite sports team because they haven't won a game or they don't like who was traded, etc. Then you're not a real true and dedicated fan.
Yes, I would miss the sound, ground pounding and that vibration in your chest of a nitro engine, but I'm also a realist and think this will be the future of racing in one form or another and I ain't going nowhere.
While I congratulate the Huff team for what might be the last barrier to break in drag racing, I'm kinda sad that Garlits didn't do it. Which raising the question, what happens to his electric dragster project now that what he wanted to accomplish has been done by someone else?

drag racer said:
As an engineer, I offer my sincere congratulations on the technical achievement and milestone. BUT if that is the hope for the future, this sport is dead my friends. Couldn't be more boring or unexciting to watch. Sorry, just my opinion.
Click to expand...

Where did you see "hope for the future" anywhere? I don't think anyone is saying that.

Nitro Member
Not sure how many of you were at Pomona when the E-COPO ran, but when it went in the nines (which was the teams stated goal) the place erupted. And our welcome center was buried with people wanting to know "Where's the electric car?" Not because it was going to take over the sport, but because it was different, it was cool, and it broke a barrier for it's category.

Wally would love it, the slogan for NHRA at one time was "Ingenuity in Action" and building battery powered dragster to go 200 mph, is certainly that.

I hope Don Garlits keeps at it, while he can't be the first to 200, he could still set the record. Huff said last night, "You don't own records, you just borrow them, until someone comes and takes them away."

And for those of you who don't know him, Steve also rides a Top Fuel Harley, he is a big fan of Nitro Racing. He simply saw this as a challenge, and decided to take it on.

Nitro Member
I will say, while they're super quiet, they can do really smoky burnouts!
M

Nitro Member
Yea they are Quiet but you can hear the tires scratching the surface. Can't hear that with a nitro car, too loud.

Staff member
Nitro Member
Everybody talks about not liking to watch it run. I bet it’s one heck of a rush to drive.
200 mph in a quarter mile is fast, no matter the car. (big show cars being the exception, of course)

Nitro Member
I was in Valdosta when McBride went 201 on the motorcycle years ago. It was a big deal when it happened, but I wouldn't pay 50 cents to see him do it again. Remember the rockets? They were incredibly fast but no show. Leave, sound like someone was blowing an air hose in your eat, them big number on the board. Jets were not as fast, but way better show.
N 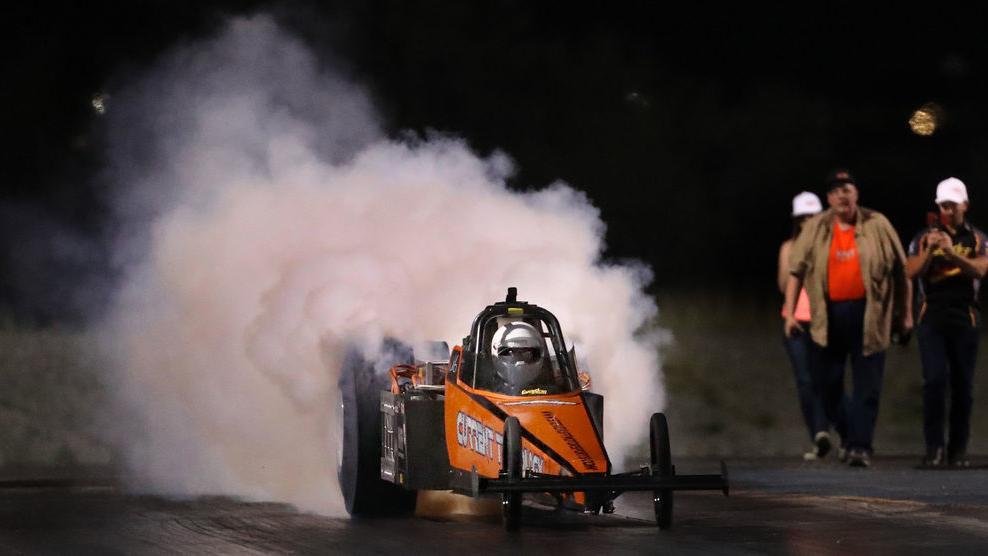 Steve Huff drives a electric dragster, making him the conductor of a sports spectacle that sounds nothing like you'd think it should. 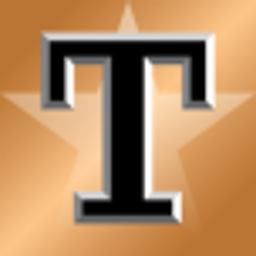 Nitro Member
If they changed the NFL to “touch football” I’d bet a whole lot of people would stop watching....
You must log in or register to reply here.
Ways To Support Nitromater

Users Who Are Viewing This Thread (Users: 0, Guests: 1)